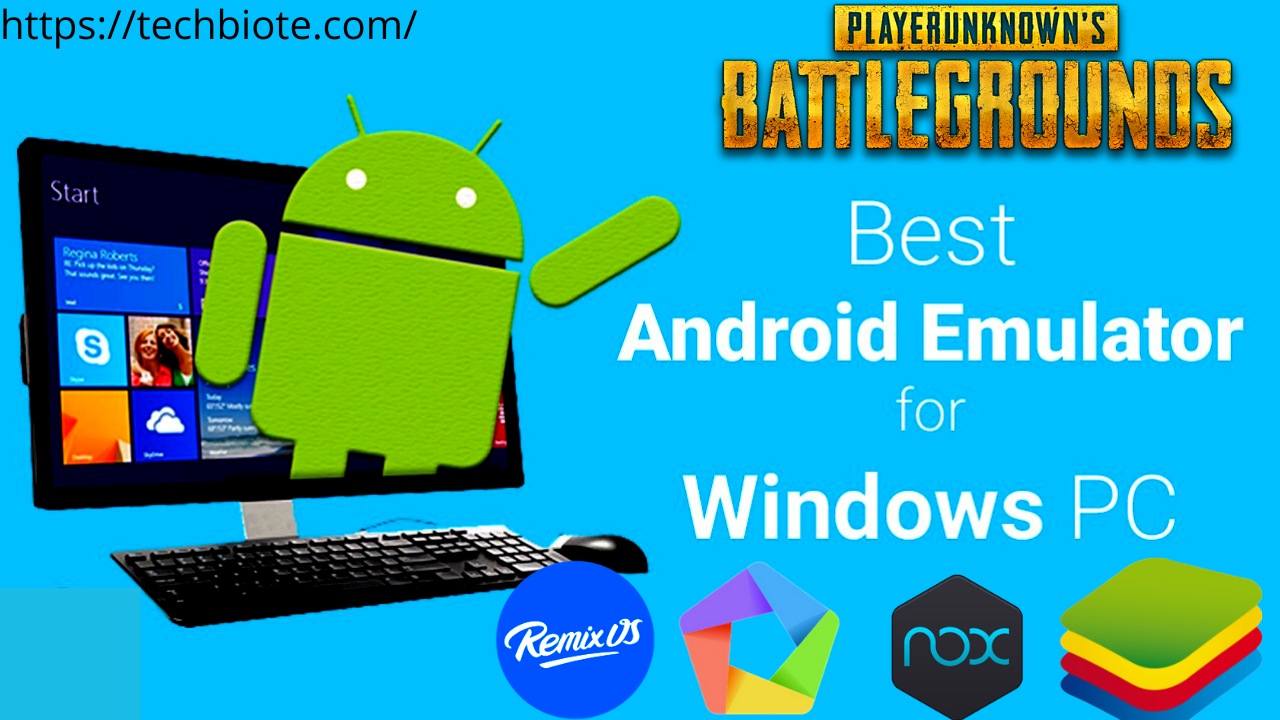 Best Android Emulator for Windows and PC Mac of 2021

Best Android Emulator for Windows, Today in this post I will list some of the best Android emulators for your Computer PC to run Android Apps and Games on your Windows 7,8,10 and Mac Computer for free.

If you’re looking to run Android on your Windows PC, there’s no shortage of emulators available today. For those who are wondering, there are numerous reasons why you might want to use an Android emulator on your Windows PC. For instance,

Android developers can debug their apps, gamers can enjoy Android games on a larger screen and the list goes on. I tried more than a dozen emulators to bring you the 6 best Android emulators for Windows in 2021.

How Do Android Emulators Work?

Android Emulators or emulation in general is not something new. It’s basically a virtual machine that runs on top of Windows or any other platform — similar to Windows running on a virtual machine in Linux or Linux running on Chrome OS. In technical terms, it’s called a container that is sandboxed and kept away from the underlying OS.

How to Install Android Emulators on Your PC?

Installing an Android emulator is quite easy on a PC. Emulators offer you an EXE file that can be downloaded from the link mentioned below under every emulator. After downloading the setup file (EXE), double-click on it and it will start the installation wizard. Now, click on “Next” and follow the on-screen instructions.

Once the installation is done, simply open it and sign in with your Google account. You can now go ahead and install games from the Play Store or any other source.

List of Best Android Emulators for Windows and PC

BlueStacks is undoubtedly one of the best Android emulators that you can find on Windows. It not only covers gaming but as a general user, if you want to enjoy Android apps on Windows PC then BlueStacks is a great emulator at your disposal.

The company has promised that it’s going to bring BlueStacks 5 with a new gaming engine and that will be based on Oreo. Apart from that, the best part about BlueStacks is that it can run on any kind of Windows hardware,

Gameloop is another way you can experience high-quality Android gaming on Windows PCs. It’s a dedicated gaming emulator developed for gamers who want to play a range of Android mobile games on desktop PCs.

You may be surprised to find that Gameloop – earlier called Tencent Gaming Buddy — has been developed by Tencent as part of the desktop-mobile gaming experiment. Initially, you could only play PUBG on this platform

Additionally, you can get the Google Play Store by installing a separate module that is available inside the setup. Basically, with Gameloop, you are getting Play Store support and all the popular Android games with mouse and keymapping support.

So to put it straight, if you want an Android emulator for PUBG and other games on Windows 10 then Gameloop is a much better proposition.

If you’re someone who’s looking for an Android emulator on Windows that offers tons of features other than just gaming, well then, Nox Player is the perfect pick for you. One of the most amazing features of the Nox is, it comes with a rooted version of Android out-of-the-box.

So, you get a completely unlocked player to gain full access to the Android. The Nox is upgradable to Nougat. I recommend Nox for its feature-rich and amazingly smooth run on the PC.

MEmu is a popular Android Emulator for Windows PC. It is capable of playing high-end games on PC if the system has the minimum system requirement for the MEmu Players for smooth working. The emulator offers good features that make gameplay easy on PC.

MEmu is preloaded with Google Play Store so you can browse and install the Apps on the PC easily. It also associates itself with the APK files on your Windows Storage and when you double click the file, the emulator will prompt to install the App.

If you are an Android developer and looking for a way to virtually test out Android apps in a Windows environment then Genymotion is one that you should pick. It runs offline through a Windows app and on the cloud through a web browser so you have great flexibility.

It’s most useful feature is its availability on both your desktop computer and the cloud. The interface of the Genymotion is easy and intuitive. But the thing is you need a powerful PC for the smooth working of the VM.

Remix OS Player by Jide is one of the newer Android emulators for PC (comparatively speaking). It runs Android Marshmallow and that’s still relatively new compared to many of the others on the list. Specifically, you can map keyboard buttons and control the game to your every comfort.

The developers potentially looked onto improving the software more inclined towards gaming.Remix OS Player is the only Android emulator that allows you to play multiple games at the same time. It runs on Android Marshmallow, unlike most others who are still stuck to lollipop or below.

Which is the best Android emulator for PC?

There are a number of Android emulators all with different output objectives. So, it is better to choose an emulation system that meets your goals whether you want to go for testing, gaming, or other general-purpose usages.

Which Android emulator is best for low-end PC?

Bluestacks and MEmu cloud be the ideal choice for low end-pc. You can also use cloud-based Genymotion to run the Android system on PC without causing any load on the system.

Emulators are totally safe and legal, they are just a system built to run on any 3rd party environment. Some of the emulators can steal your data so it is better to choose a popular and reputed emulation system.

Which is the Best Emulator for Playing Games?

Emulators are generally safe, they are built on Android Studio. The emulators are tested and just simulate the original system so they are safe to use. Though some emulators try to inject malicious scripts so it is better to avoid them.

With the Android Emulators listed above, you can run and play Android Apps and Games on your windows and/or Mac PC for Free. The responsiveness of the simulators depends on the hardware and software specifications of your computer system. If your PC is capable enough with the basic specification you are good to go.

You can enjoy the games on your computer with keyboard mapping and external gamepad support. I hope the post was helpful. Do comment below for any assistance or support. For more new Updates Visit our Website: Techbiote

1 thought on “Best Android Emulator for Windows and PC”