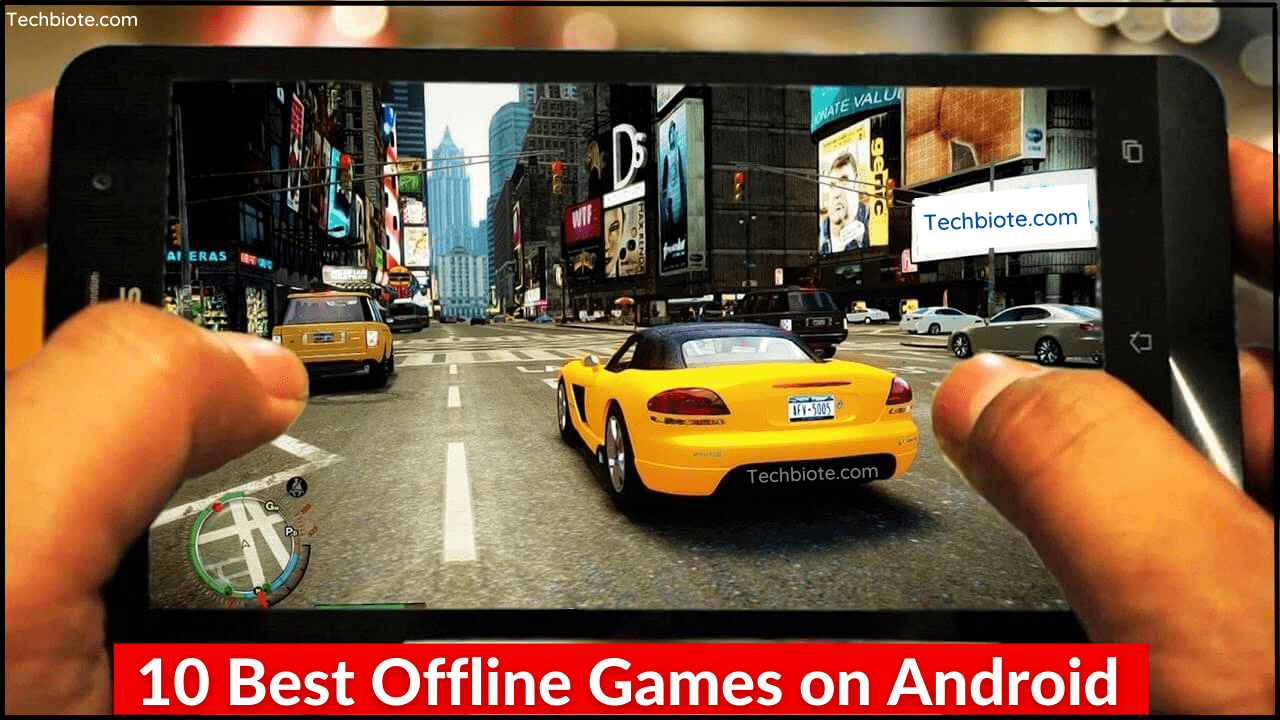 Hello Dear Readers in this Article you will check it about Best Offline Games on Android in 2022, Offline games are best since you don’t have to connect your social media accounts, and therefore not having to deal with unnecessary emails or notifications. The best offline Android games don’t require an internet connection. Android has some of the best offline games on the Google Play Store.

This post will offer suggestions for games that run flawlessly offline. Keep in mind that this does not mean that these games will never have internet connectivity. 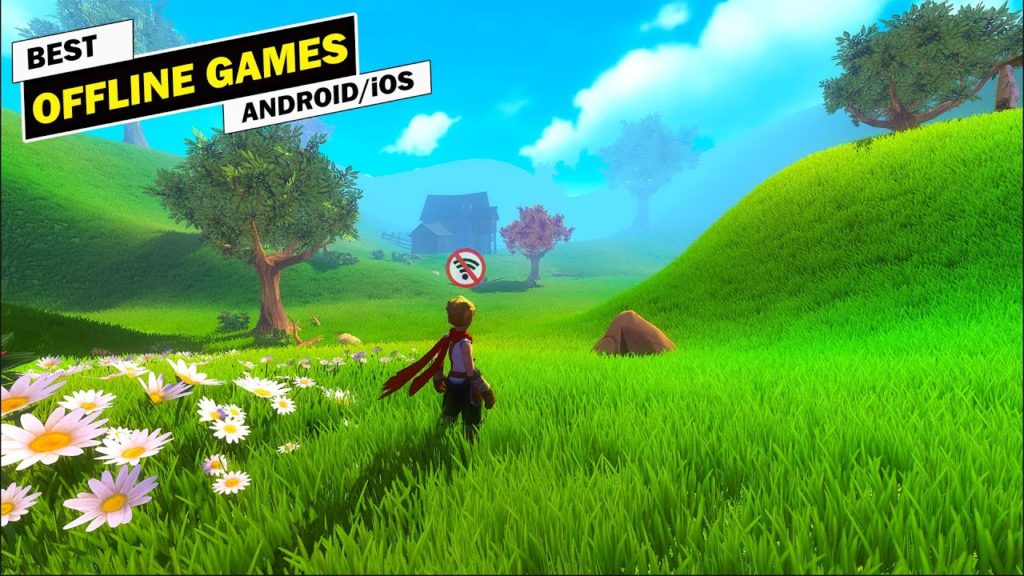 We have compiled a list of 10 of the most impressive, best, low MB, and free Android games you can play offline for mobiles or tablets. Selecting the best can be one of the most challenging tasks due to its wide acceptance. these are the best offline action games for Android. 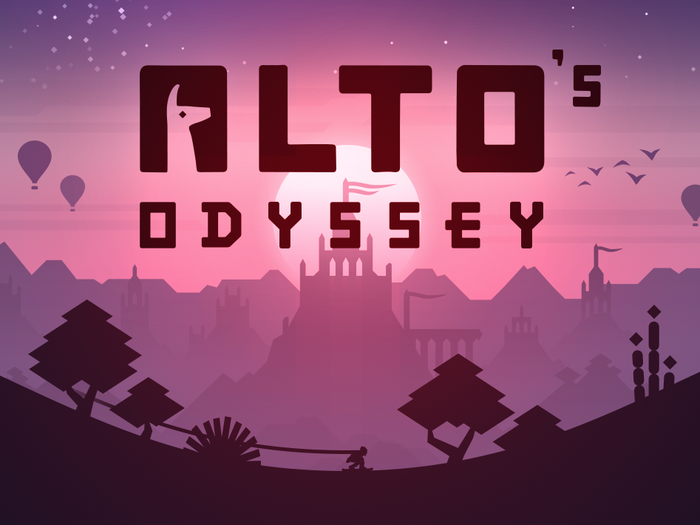 At first glance, this seems like just another endless runner. But play Alto’s Odyssey for a while, and you’ll realize there’s something about it that makes it impossible to put down.

Perhaps it’s the graphics and the music. Endless runners are usually frantic, but this game bucks the trend to make it a soothing, calming experience. You’ll find yourself relaxing as you slide down sand dunes, jump to collect points, avoid obstacles, and perform backflips and double backflips for style bonuses.

Alto’s Odyssey doesn’t bring anything new to the world of runners but is highly entertaining nonetheless. 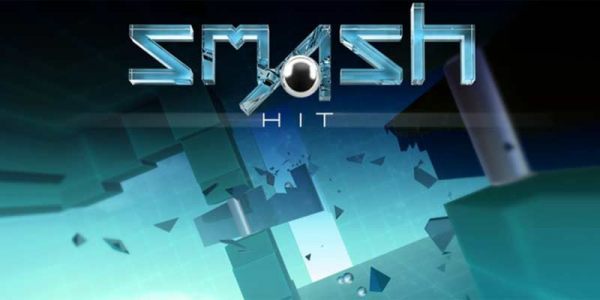 Smash Hit was one of the most addictive games back in 2014, and it still holds up as a guaranteed good time. It’s a little strange to call it a shooter, but that’s essentially what it is and is among the best offline mobile games.

It plays from a first-person perspective and requires you to throw steel balls at glass objects to smash them into pieces. Building up a chain of successful hits and taking out all glasses gives you bonuses, like increasing the number of steel balls you launch simultaneously.

The whole time, you’re slowly moving ahead through levels, and the pace picks up as you progress. Make sure you don’t get hit by any glass object, and you’ll beat the game in no time. But it’s not as easy as it seems.

Forget about the classic version of chess you’re used to. When you’re offline, fire up Really Bad Chess and challenge yourself to think differently.

In this game, while the chessboard remains standard, the pieces are completely random. You might start with three queens and a single pawn, while the computer could have a series of six rooks. It makes you discard everything you know about chess and think out of the box.

As you raise your ranking, the AI’s level stays the same, but it gets better pieces to start. This might be my favorite non-chess chess game ever.

Platform – Once Upon a Tower

Once Upon a Tower flips a lot of game elements upside down. Instead of a prince rescuing a princess from a tower, the prince is dead, and the princess is kicking some butt with a sledgehammer to escape the dragon. And instead of climbing up a tower, she’s digging down.

On her way, she’ll have to battle monsters of all kinds, from ogres to spiders that can climb up walls. Then there are the traps that spring out of nowhere. If that wasn’t enough, she needs to be quick, or the dragon will lay waste to everything with its fiery breath. Don’t forget about the other enemy: gravity itself.

Collect coins and power-ups when you can; you’ll need them to pass the levels to escape the tower. Once Upon a Tower is oodles of fun and seemingly endless, making it one of the best offline Android games out there. Unfortunately, the classic Zuma doesn’t work without an internet connection, but some of its many knock-offs do. Among them, I liked Jungle Marble Blast the best.

The graphics aren’t as smooth, but this isn’t a significant complaint. The gameplay is just as fun as it ever was. Tap anywhere on the screen to shoot; tap on the beetle to swap between the two colored spheres you have. Shoot the spheres at the chain going around the map to create sequences of three or more.

And when possible, get those power-ups to send the chain back, turn a large chunk into one color, or blast them into oblivion. Jungle Marble Blast fits into the group of best offline games for Android perfectly. It’s small, lengthy, and free.

Solving a maze is tricky because of its simplicity. Mazes & More raises the stakes on the classic game with some devious twists.

For example, in the Darkness mode, you can see the maze at the start. But then everything goes dark except a small spotlight on you, and you have to make your way to the exit. Try other modes like ice floor, where you end up sliding ahead of where you wanted to go, or the self-explanatory time trial mode and traps mode.

In case you want a simple old game of maze-solving, there’s always Classic mode. Each mode has plenty of levels to keep you entertained till your connection comes back again.

Those great brainy multiplayer games won’t work offline. Quinoid is all about challenging yourself, not someone else.

Like other such apps, Quizoid asks a question with multiple answers, and you have to pick the right one. But since it’s you against the AI, there are a few more game modes. For example, you can play 20 questions with the computer, or you can play a timed round to answer as many as you can.

Quinoid boasts of over 7,000 trivia questions across 17 categories like entertainment, sports, science, politics, history, and more. Unfortunately, category-based quizzes are only available in the paid pro pack. Tank Hero: Laser Wars doesn’t show up in usual “offline game” collections, although it is among the best offline games you’ll find on Google Play.

You play the titular Tank Hero, taking out all the other tanks with your laser-powered cannon. In each level, you have to destroy all the other tanks on the map. The top-down shooter makes you control your tank with a virtual joystick, while you can tap anywhere on the screen to shoot.

Of course, it’s not that simple. As you progress, you’ll find different types of tanks, power-ups, and fiendish mazes that make your task challenging. But remember, lasers bounce against walls, so use that to your advantage.

The Play Store is filled to the brim with Sudoku games, and many of them work offline too. Fassor’s Sudoku isn’t objectively superior; it’s just the one I like the most and works perfectly.

This Sudoku does the basics right, which is all you want at times. There are four skill levels and a timer to test how quickly you can finish each type. One of Fassor’s highlights is that you can write multiple rough numbers in a cell—but be warned, this incurs a 30-second penalty.

You can check whether you’ve solved everything correctly so far anytime, but again, there’s a penalty for that. Those time penalties add up, ruining your overall score. And when you reconnect to the internet, that’s what your friends will see.

When you’re off the internet’s information highway, hit a different virtual highway. Get on your motorcycle in Traffic Rider and dodge the city’s traffic as you make a mad dash to the finish line in first-person.

Traffic Rider plays like an endless racer, where you need to go faster and faster to reach the finish line without crashing. But the mission mode actually makes it a little more fun than other endless racers since you can race with specific targets instead of just mindlessly zooming on.

You can even opt for other modes like time trials or a simple endless runner. If you don’t have 100MB of storage space for Traffic Rider, try the same game developer’s earlier title, Traffic Racer. It’s quite good too, but it’s restricted to an endless runner only and doesn’t have mission modes.

What is the best free offline game for Android?

This game is OFFLINE Only (Single Player ONLY). Check the system requirements of this game on Google. If in case, there is a problem support will be given through Teamviewer software or by Call/Message. Along with the game some redistributable software is going to be provided if in case there is.

If you’ve any thoughts on the 10 Best Offline Games on Android in 2022 then feel free to drop them in the below comment box. Keep visiting our website: Techbiote for new updates.